How To Scale, Gut, And Cook Yellowtail

December 29, 2017
Yellowtail, although commonly considered tuna, actually belongs to the fish species amberjack, a predatory fish common to the Pacific Ocean. Similar in appearance to tuna it has a firm, meaty texture, but the flesh is lighter than tuna. There is nothing as good as freshly caught fish, gutted and prepared soon after being caught and cooked to perfection. 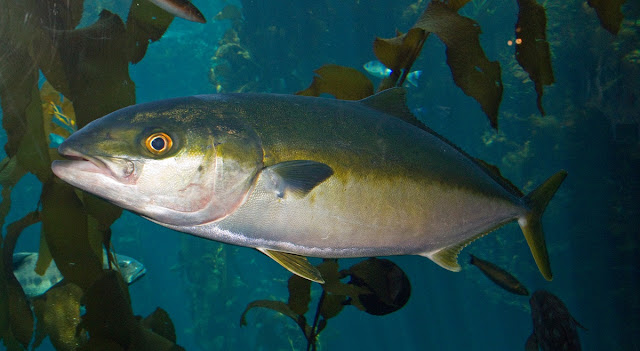 How to Scale and Gut Yellowtail

The first step is to ensure that you have the right tools for the job. A 9-inch blade on a fillet knife works well, but you will also need a 6-inch boning knife. A sharp knife is hugely important when cleaning fish as blunt knives can be dangerous.
Hold the fish by its tail and run the back of a knife from the tail up the sides to the head. Repeat this action until all the scales have been removed. Rinse the fish under running water from time to time.
Hold the fish down with the flat of your hand and starting from the bottom, cut the belly open along the seam towards to head. Grab the innards and pull it out. Rinse thoroughly under running water.
Dry the surface of the fish and hold it down firmly while you make a vertical cut behind the head. Angle the blade of the knife horizontally and cut along the spine down to the tail, while keeping a firm hold with your other hand. The edge of the knife should point slightly towards the spine, not upwards. Turn the yellowtail over and repeat on the other side.

Locate the pin bones by feeling for them with your fingers along the spine and pull them out firmly with pliers. Now you can trim the sides of the fish and remove all signs of red meat before cutting it into portions. 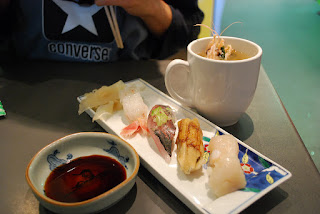 How to Cook Yellowtail

Yellowtail should not be overcooked. Five to six minutes on each side is perfect. It can be fried in a pan with butter, grilled, or barbecued on an open fire.

Whole yellowtail, scaled and gutted, can be stuffed with onion and lemon slices, covered in butter, seasoned and wrapped in foil. Cook it in the oven or outside on a hot barbecue for ten to fifteen minutes on each side.

Yellowtail fillets can be marinated before frying or cooked on a pre-heated grill. Prick the tuna fillets with a fork and pour over the marinade. Cover and refrigerate for one to three hours.
A good marinade for fish is to whisk 1/3c soy sauce, ¼c lemon juice, 1/2c oil, clove crushed garlic, 1t lemon peel and 2t Dijon mustard together. After removing the fish from the marinade, bring it to a boil in a small saucepan and continue to cook for 10 minutes on a low heat. Baste the tuna with the boiled marinade while it cooks on the grill.


Serve with lemon slices and enjoy.